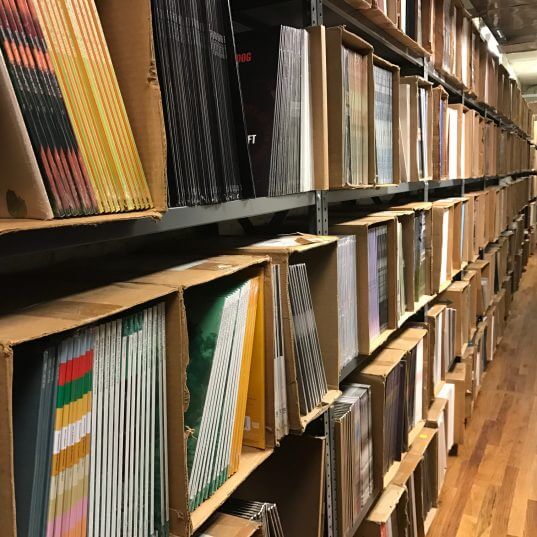 We’ve uncovered some excess inventory here at the expansive Matador Warehouse™ and that can only mean one thing, sale time. We’ve got 6 recent classics up for grabs at pretty much half off their normal retail price, but don’t wait too long because once these are gone, they are gone for good. 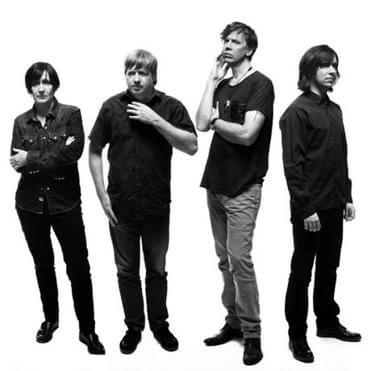 More dates have been added to the Thurston Moore Band’s relentless global schedule in support of ‘The Best Day’, and in addition, they’ll be signing records and other items (NOTHING PERISHABLE, PLEASE) at NYC’s Other Music, tomorrow, Thursday August 6 at 7pm.

(in Japan, ‘The Best Day’ is available from Hostess)

This weekend we have Belle and Sebastian, Interpol, The Thurston Moore Band and The New Pornographers performing at Primavera Sound in Portugal.

Two of these performances, Belle and Sebastian and The New Pornographers, will be live streamed here.

Just a heads up for those lucky enough to be at Primavera Festival this weekend cos we have a TON of bands playing:

Belle and Sebastian, Fucked Up, Iceage, Interpol, The New Pornographers, Perfume Genius, The Thurston Moore Band and Tobias Jesso Jr are all appearing.

A few of these performances will also be live streamed here. See bands and times below:

Yesterday the Thurston MoOre Baand announced a string of North American tour dates, including several with support from Chain and the Gang. Those new dates are below in bold. Tickets go on sale this Friday, May 1st at noon local time. Be sure to also take a look at the other previously announced dates from the band that will bring them to many corners of the globe. 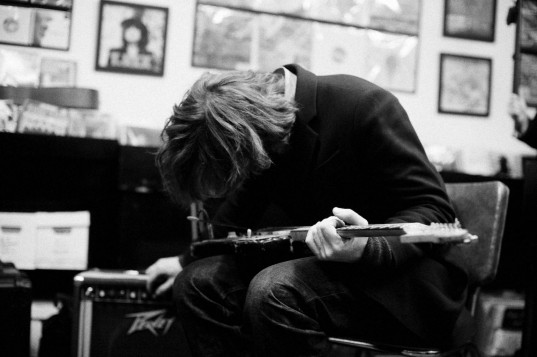 Thurston Moore and his band will be taking a trip to Oxford amongst his other UK tour dates this spring on May 10th at the O2 Academy. Tickets HERE. 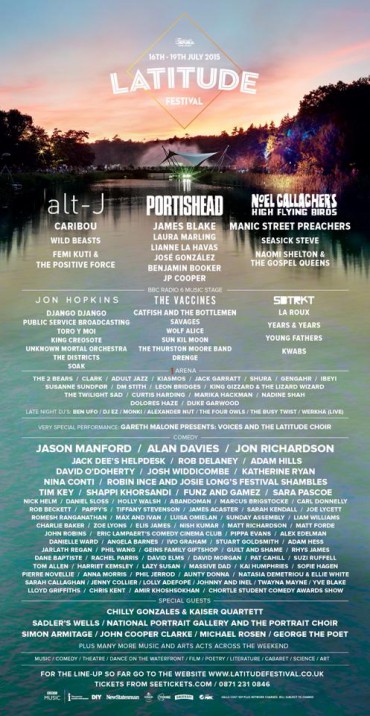 You may be pleased to know that Matador’s very own Savages AND The Thurston Moore Band will be making an appearance at this year’s Latitude festival on the BBC Radio 6 Music Stage, which will also mark the festival’s 10th anniversary.

Aren’t you lucky. Tickets can be bought here. Tickets are now on sale for the following shows:

The Thurston Moore Band (feat. Deb Googe on bass, Steve Shelley on drums and James Sewards on guitar) announced a healthy run of tour dates across the UK and Europe as well as a handful of festival slots including The Great Escape and Clap Your Hands. Full details below with ticket links if available.

For those who missed it, The Quietus brought together Thurston and Mark Stewart for a nice interview to discuss “punk, properness and Primark.” Another reminder is those in Los Angeles should check out the Printed Matter Book Fair this weekend. Flyer below.

Earlier this week, Primavera Sound Barcelona’s lineup for 2015 was announce and we are taking up some serious real estate. For those making the pilgrimage this year for the festival’s 15th year anniversay, make note of the following:

Tickets and more information can be found here.

This autumn, while crisscrossing America in support of ‘The Best Day’, the Thurston Moore Band (TM, James Sedwards, Deb Googe, Steve Shelley) stopped by Seattle’s KEXP and recorded a 4-song session for the extremely well organized/popular broadcaster. Though I could provide you with links to all four of the individual songs, there’s search engines for that kind of thing and besides, you wanna watch the whole thing. (in Japan, ‘The Best Day’ is available from Hostess)

Following this month’s release of ‘The Best Day’, the Thurston Moore Band have confirmed the following December dates in South America : Just a reminder – the new Thurston Moore album, ‘The Best Day’, proclaimed by the A/V Club’s Chris Mincher to be “a palpably invigorated blend of brawny, sprawling guitar rock and meditative arrangements” is available today throughout North America (everywhere else yesterday) — direct order details and updated tour dates are found below.

(if you’re based in Germany, you can watch the video here)

Thurston Moore’s new album, ‘The Best Day’ hits shelves throughout Europe today (North America tomorrow), touted yesterday by The Observer’s Kitty Empire as “a madeleine of a record” (“both comforting and discomfiting, ‘The Best Day’ recalls prime Sonic Youth, when their tense experimental attitude dovetailed with often sour but instantly accessible pop melodies”) and with that, here’s a video for the monumental “Speak To The Wild”, directed by Santiago Mostyn.

“I have the image of a character, a woman who could be a mother (slightly older, slightly wilder, like a silent Jenny Wilson) carrying a large and alien precious object into the forest and sequestering it there. It would be a narrative trajectory but with sublime interruptions – the cavity where she stashes the object filling with gold, painted figures following her through the trees, DIY-Kurosawa style.” – Santiago Mostyn

The Thurston Moore Band will be in session later this afternoon on WNYC‘s “Soundcheck” ; listen here at 2pm eastern. We’re a week away (6 days away in Europe) from the release of Thurston Moore’s hotly anticipated ‘The Best Day’ double LP/CD/digital album, and starting this morning you can stream the album from start to finish via the auspices of NPR’s ‘First Listen’ or from the good people at The Guardian. This afternoon at 4:00pm EDT/1:00PM EDT, Thurston Moore and band will be following up last night’s Seattle show with Sebadoh by popping into the beloved KEXP studios for a live radio session of new material from the forthcoming full-length album The Best Day (out October 21; pre-order here). Those of you who live in Seattle surely know that you can listen at 90.3FM (and there’s no Seahawks game that day so you don’t have an excuse not to listen); the rest of you can go online and listen at KEXP.org. We’re less than a month from the release of Thurston Moore’s new album, ‘The Best Day’, and accordingly, Thurston’s in NYC all week with the label breathing down his neck about any number of promotional schemes. Fortunately, he’s doing interesting stuff, too, and tonight (6pm) you can see a solo set from Thurston on the courtyard steps of MoMA PS1 as part of the opening night festivities for the New York Art Book Fair.

At 7pm, Thurston will be in the lobby at Printed Matter’s booth signing editions of the new chapbook of lyrics ‘The Best Day’, published by Ecstatic Peace Library, and ‘Non Stop Poetry’, a comprehensive publication chronicling over 145 zines by Mark Gonzales.

Preorder ‘The Best Day’ from the following :

Following The Thurston Moore Band’s (James Sedwards of Nought – guitar, Deb Googe of My Bloody Valentine – bass and Steve Shelley of Sonic Youth – drums) recent impromptu set at Café Oto in London, England, the group announce their first UK (& European) tour taking place soon after their dates in the US and Canada.

Uncut magazine were in attendance for the band’s first show in London and had this to say about the live performance:

“The album – which is due out in October – is excellent, and these live versions are muscular and digressive. Great songs, and a sense that Moore has found fresh inspiration in N16 with his latest, formidable accomplices.”

Tickets for these dates are on sale now.

On October 21, Matador will be releasing the latest solo album from Sonic Youth co-founder Thurston Moore, ‘The Best Day’. Recorded in London with his new band — featuring guitarist James Sedwards (Nøught), bassist Deb Googe (My Bloody Valentine) and SY drummer Steve Shelley, ‘The Best Day’ is a staggeringly confident, expansive work, one that not only rivals much of Moore’s past work, but also suggests his relocation to England has inspired a creative rebirth of sorts. Keep in mind, we’re already dealing with one of the harder working, prolific characters in modern music, rock or otherwise.

The newly dubbed Thurston Moore Band will be playing dates in Europe, UK, and North America, including Riot Fest in Denver, Chicago and Toronto as well as a West coast run with Sebadoh (all dates are below).