For those who were unable to tune in live on Friday, Perfume Genius performed “Slip Away” for the first time on The Late Show with Stephen Colbert. This was the first time any song from No Shape has been performed live. You might be able to spot Blake Mills, who produced the album on stage. The album is officially out now and there’s nothing standing in your way to enjoy the album in full.

For some extra reading material, check out reviews and features from the likes of The Guardian, The New Yorker & The Ringer. 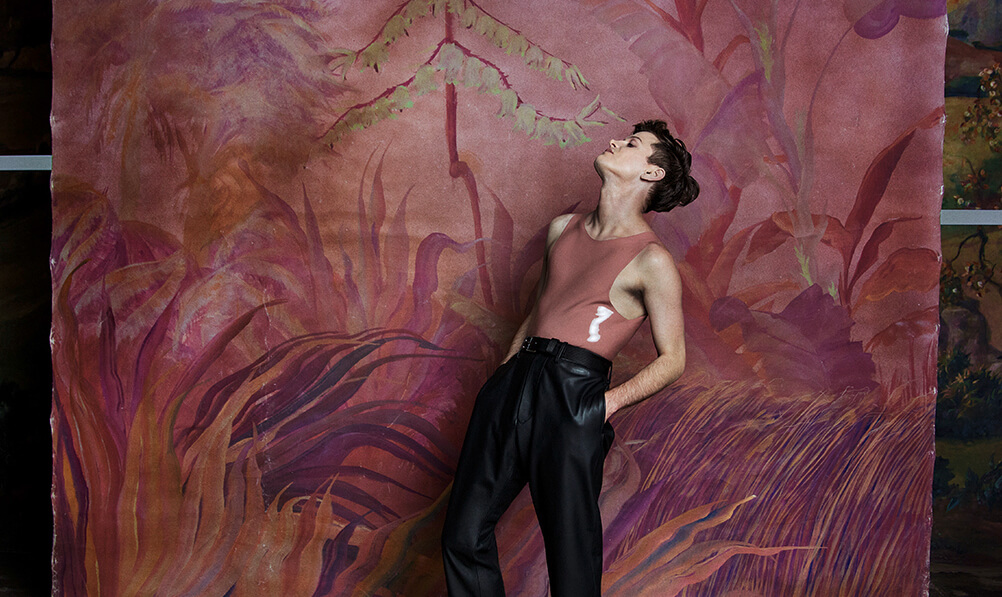 (photo by Inez and Vinoodh)

Today (Friday, May 4) marks the release date for one of 2017’s most anticipated and critically acclaimed new album’s, Perfume Genius’ ‘No Shape’. If you’ve yet to order the album, here’s a map of U.S. independent retailers who have the clear vinyl edition (as shown below)

You can catch Perfume Genius tonight on CBS’ “The Late Show With Stephen Colbert” at 11:35 eastern / 10:35 central. Colbert’s other guests are Richard Gere and Maria Bamford. If you missed the @perfumegenius LIVE Q&A today, there is still a chance to see Mike answer all the great questions that were submitted.

“how many diet cokes have you had today?”
“I’m at the mall rn, where your favorite store to go at mall?”
“what’s your favorite song off the new album”
“Who were your first/strangest musical obsessions as a kid?”

Those are just the tip of the iceberg… I’d urge you to visit the legendary official Perfume Genius twitter account immediately.

MORE Perfume Genius news: In the middle of answering questions this afternoon a new song was released. Go Ahead… and follow this link to pick the way you’d like to hear the second track released from No Shape which will officially be out in the world on May 5th. Not too much longer! 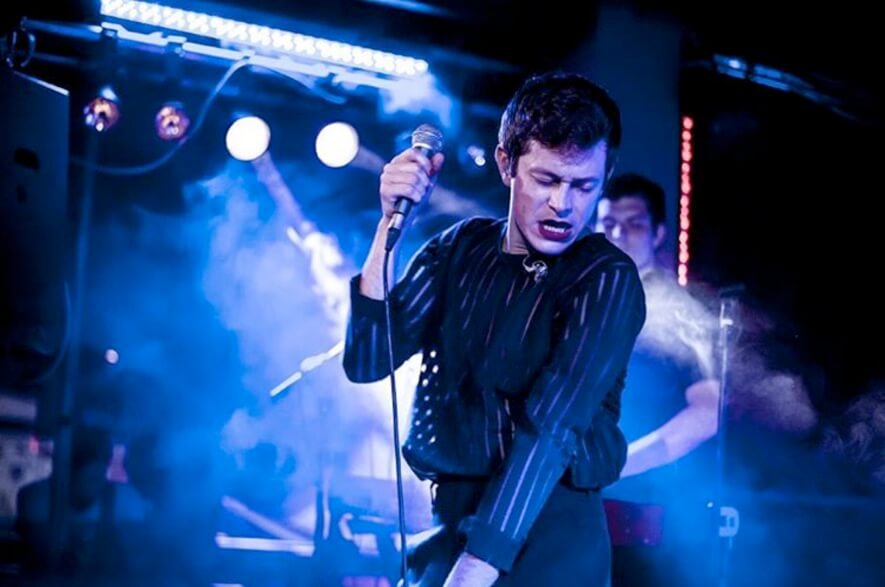 Our favourite child of radiant light returns to European shores this June – playing a short run of festival and headline shows. Perfume Genius’ new album ‘No Shape’ will be released by Matador worldwide on May 5th. 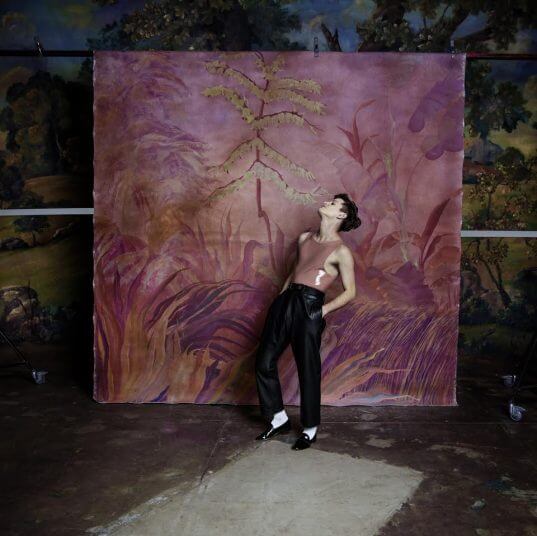 (photo by Inez and Vinoodh)

Perfume Genius, nom de poster+wraith of musician Mike Hadreas, will release his fourth album, ‘No Shape’, May 5 on Matador Records. The album was recorded in Los Angeles, produced by Blake Mills, mixed by Shawn Everett.

The video for the first single, “Slip Away,” was directed by longtime Bjork collaborator Andrew Thomas Huang  and is co-presented by The Fader, whose current Perfume Genius cover story is a peek into his mindset upon completing the album in January.

Perfume Genius’s 2014 breakout album ‘Too Bright’—called “awe-inspiring, magnificent” by NPR—marked a musical and performative leap that sounds unlike anything before or since. With his new songs, he goes even further, merging church music, makeout music, R&B, art pop, krautrock, and queer soul into his take on stadium anthems.

Of the album, Hadreas says: “I pay my rent. I’m approaching health. The things that are bothering me personally now are less clear, more confusing. I don’t think I really figured them out with these songs. There’s something freeing about how I don’t have it figured out. Unpacking little morsels, magnifying my discomfort, wading through buried harm, laughing at or digging in to the embarrassing drama of it all. I may never come out the other side but it’s invigorating to try and hopefully, ultimately helpful. I think a lot of them are about trying to be happy in the face of whatever bullshit I created for myself or how horrible everything and everyone is.”

In a bio for the album, writer Choire Sicha says, “God is all around actually and some of these songs are about being equal and some are about the witchcraft of believing. This is church music the same way Prince’s Black Album is — too dirty. It’s femme art pop the way Kate Bush’s The Dreaming is — too scary.” 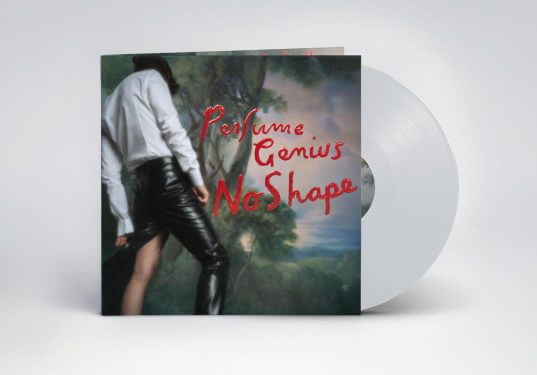 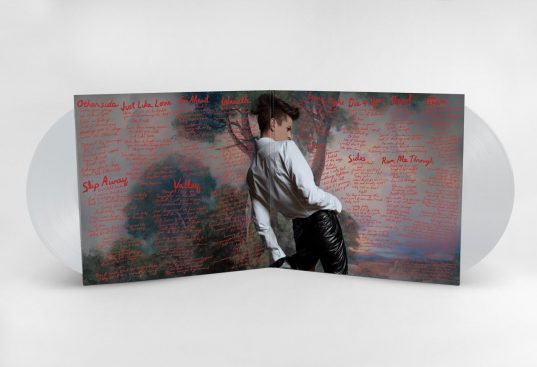 While there’s another rather huge bit of news to share in the near future, today we can confirm a number of May and July headlining dates for Perfume Genius, with support from Serpentwithfeet. Tickets go on sale this Friday.

In collaboration with Prada, there is a Perfume Genius cover of Elvis’ “Can’t Help Falling In Love” out in the world. This cover is every bit has amazing as you’d imagine it to be. A clip of the song can be previewed in the ad above and the full version available from your preferred streaming here: http://smarturl.it/CantHelpFallingNLove

This session was filmed last month during the third edition of FORM Arcosanti.

In honor of Twitter’s 10th Birthday, I decided to cull together ten of my personal favorite Perfume Genius tweets from this year, so far. It would have been way too emotionally draining to go back farther. There are just too many exceptional ones as you can gauge from below.

instead of the sound of zombies behind me i would like a motivational jogging tape of demons in the distance moaning “join us, join us bitch

My boyfriend just yelled from the other room: “is that on TV or are you watching the Oprah bread commercial on YouTube again”

No matter how loud they rev I will never acknowledge a motorcycle. And lord forgive me for typin “rev”

Missed our turn yelling SLAY at this car pic.twitter.com/ifxJCN7kXS

A reminder for everyone lucky enough to be at Pitchfork this weekend that we have the following playing:

For those of you that can’t make it, all performances will be live streamed here: http://pitchfork.com/news/60410-pitchfork-music-festival-streams-live-all-weekend/

Just a heads up for those lucky enough to be at Primavera Festival this weekend cos we have a TON of bands playing:

Belle and Sebastian, Fucked Up, Iceage, Interpol, The New Pornographers, Perfume Genius, The Thurston Moore Band and Tobias Jesso Jr are all appearing.

A few of these performances will also be live streamed here. See bands and times below:

Below find the details on where to catch Matador bands during the second weekend of Coachella, which begins in a mere number of hours.

This weekend with have a live broadcast from the festival on the AXS TV Network (with a replay within 24 hours for time zone purposes).

Attention Glastonbury goers! Belle and Sebastian and Perfume Genius will be performing at the festival this summer,  24th – 28th June. Aren’t you lucky. For those attending “Coachella” this weekend find information below on where to catch Matador bands this during weekend 1 of the festival.

Not attending? It’s the future and you can can stream sets on youtube.com/coachella and Coachella.com as well as turn into Sirius radio for the live broadcast.