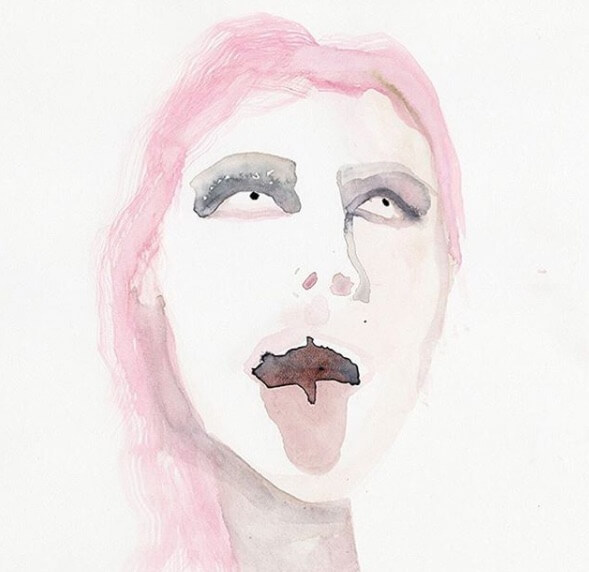 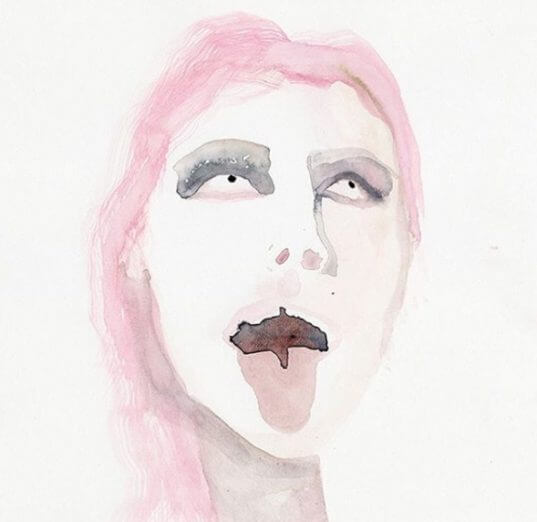 CONTEST ALERT: Artist Christine Marlene is responsible for the watercolor covering Spoon’s new album Hot Thoughts. She made a piece for each song, all of which can be viewed on the band’s Instagram account right now. If you’re inspired or looking to get your hands on some tickets to see Spoon live OR get an original piece of art, you’re in luck. Both are within reach.

Make your own Hot Thoughts gallery in Instagram with #SpoonHotThoughts and you’ll have a chance to win one or both of those prizes.

Kurt Vile returns overseas in 2016 with some more European tour dates! See below.

And also a huge thank you to everyone who submitted art work for the Kurt Vile Spotify Art Contest last month. There were so many incredible submissions. These below are dubbed honorable mention. The winning work will be announced on Friday. 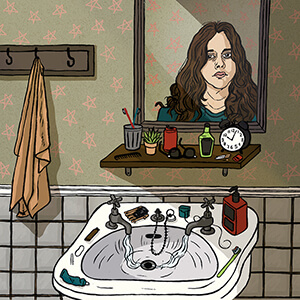 Kurt Vile is currently touring across Europe. All upcoming dates below. b’lieve i’m goin down… is out now.

Don’t hesitate to get tickets to this one.

WHERE: The Temple of Dendur at The Metropolitan Museum of Art in the Sackler Wing In case you’d forgotten (how could you?!) the Kurt Vile and the Violators European tour begins this week.  Full ticket links are available over at http://kurtvile.com/live/.

We also just got word that Steve Powers, he of Wakin On A Pretty Daze artwork-fame is exhibiting in Brussels right this second.  You can get the full info about the exhibition, which is taking place at the Alice Gallery, over at Arrested Motion.

And to return the favour to Mr Powers, Kurt is going to play an acoustic set at the gallery before his show at the AB, Brussels, on Sunday night – 26th May.

Matador HQ have just received the first batch of Deluxe LPs for Kurt Vile’s upcoming release, Wakin On A Pretty Daze.  We thought we’d give you a sneak peak on what fun lies ahead if you decide to decorate your own copy. Props to Annette Lee for hand modelling and Chris Leckie for giffing.

A reminder – the Deluxe Double LP comes on blue vinyl and features a special cover without the graffiti and includes a sticker sheet of graffiti icons for purchasers to customize their own copy. Limited to 3,500 copies in the US and only available directly from Matador or at independent record stores. 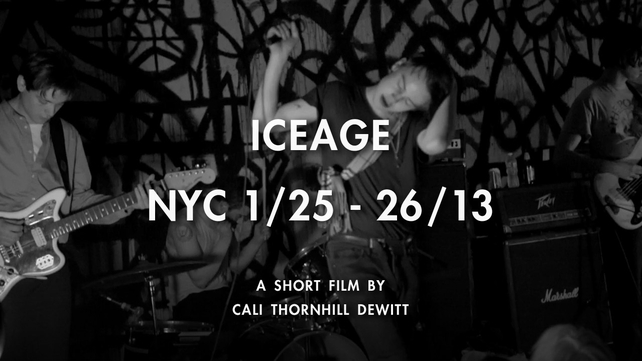 You’ll remember earlier this year Iceage visited New York to play two shows and help present the ‘Thrown Together‘ gallery event, an art exhibition featuring some artworks from their friends local and global. Los Angeles-based artist/photographer/director/label boss Cali Thornhill Dewitt came along for the ride and produced a striking short film tracking the band’s activities that weekend in the city & shots of the visuals on display, set to live audio of “Morals” from ‘You’re Nothing‘  — you can watch this below or at Pitchfork.TV today. 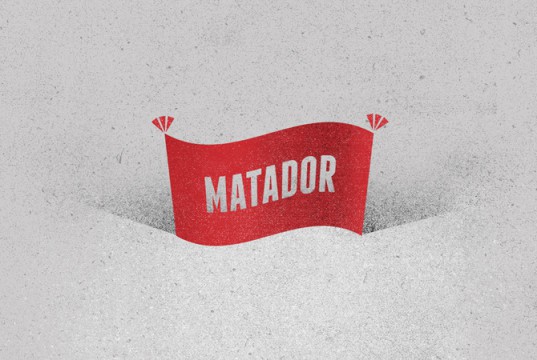 As you might have seen drifting around the internet, Philadelphia’s own Kurt Vile has put a less than subtle indicator towards a new record on the side of an abandoned building in the city’s Northern Liberties.

A lesser known fact is that the mural was created by renowned street artist Steve Powers (aka ESPO) who, along with Kurt, talks us through the painting of the mural in the video below.

The flag which measures 12×8″ and includes a heading and grommets can be seen below. The band will also find themselves on US shores this week for a few shows, including:

Fans should also be sure to check out Iceage’s blog on Thursday morning as well as back here for another special announcement pertaining to the band. 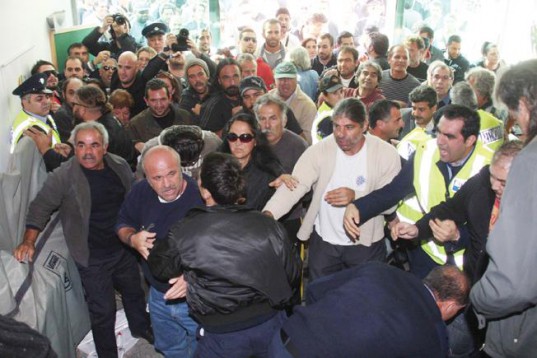 (above : angry mob reacts to the news that at least two or 3 people didn’t even mention the Total Control 7″)

Around this time every year, your overworked editor attempts to coax a list of favorite recordings, books, television programs, life events, etc. out of the label’s artist roster and our rock biz colleagues. In the past, the exercise has been an arduous process, fraught with nagging, teeth-gnashing and no shortage of reluctant participants. In more recent times, however, the serial oversharing epidemic that’s run rampant throughout all online activity has infected our bands and staff alike. The rhetorical question, “who fucking asked you?” cannot be applied in this instance, because they were all asked. For some historical perspective, here’s last year’s pile. Questions or comments about our lousy tastes and/or blatant omissions are welcome (but not necessarily appreciated). And away we go!

END_OF_DOCUMENT_TOKEN_TO_BE_REPLACED

We don’t usually post reviews on the Matablog, but this one felt a little different.  Thanks to the consistently fantastic UK newspaper The Stool Pigeon for taking reviewing to a whole new level. 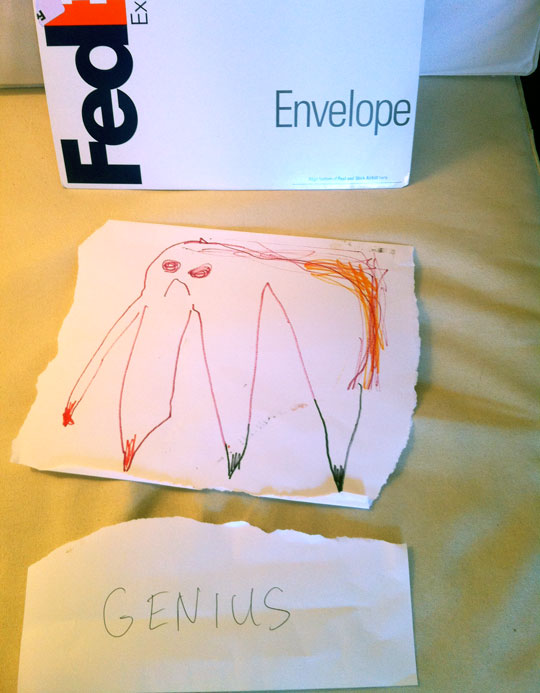 Triumph of Life 7″
“It’s pretty much just a picture of a bird (the extinct Black Mamo) but then when you look closer you see that what makes the picture and the bird significant is the flower it’s standing on, whose petals are perfectly formed to fit this bird’s beak, and no other. This holds with the syncretic message that most FU songs are about, our ‘anti-dualism’ vibes.” The Chemistry of Common Life LP
“If you look closely you can tell that its not just one image, but a composite of about 35 different shots lined up on top of each other, which is why you have some people and cars overlapping, and explains the relative brightness of the sun, and the lens flare everywhere. The shot is supposed to represent the main idea behind the record, which is the unity between culture and nature, and the idea that the literal source for all human culture and life is the sun. Even though the title is taken from a 19th century book on wild mushroom identification, what it means for the album is how everything that’s cultural about our lives has its source in nature and science, and that there really isn’t a divide between the two spheres.” 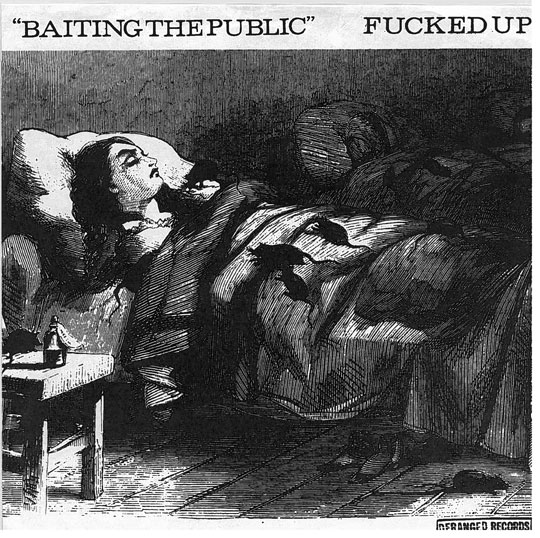 Baiting the Public 7″
“Probably my favourite sleeve that we’ve done. This was only our third 7″ release. The front image is meant to be a metaphor for what we thought we were in punk, and what punk was in the world (we were really into punk at that point) – a pack of rats running over a proper looking young woman in bed.” 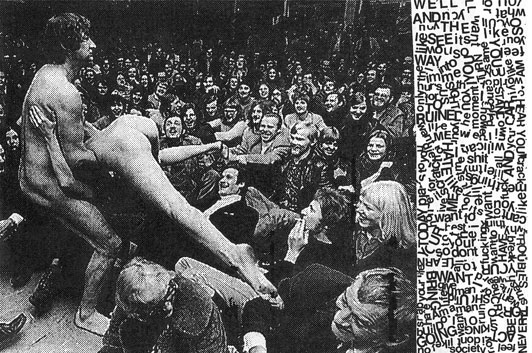 “The inside was more to the heart of what this record was about, which was more or less a tribute to the Actionists, a radical art group in 1960s Austria. The inner picture depicts one of their ‘events’ which is basically a naked man aiming a naked woman at a roomful of people. The Actionists, along with the Situationists, who were another big ‘influence’ of ours at the time, were admired because of their blatant attempts to challenge and shock rather than pander to their audience.”

Much more on Looking For Gold.