Director Rio Hackford said of the video: “The video was inspired by Josh bringing an unknown Libby Grace into the Dessert Sessions arena to show her haunting magic to the world. Homme, Sweeney and I are some of the only people who have heard Libby’s music, so the idea of them introducing her to the players and recording process lit the fuse. The song lent itself perfectly to the lonesome desert landscape and the spell that the Rancho can cast on anyone that passes through its doors.”

In other news… Inspired by the (disappointingly) frequent misspelling of the Desert Sessions, the desert collective have launched the Dessert Sessions: Feral Recipes for the Joyful Destruction of Taste Buds, a unique collection of otherworldly recipes created and inspired by the music of the Desert Sessions. Cheese stuffed meat rings, sardine topped doughnut cakes, avocado and sour cream gelatin plates abound! Fans can try their hands at one of these recipes here and share their creations by tagging #dessertsessions. 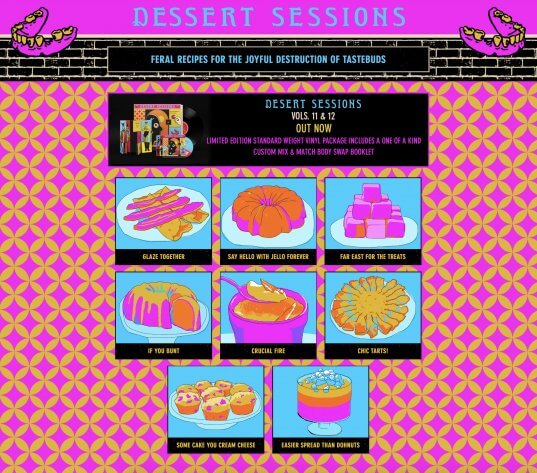