This afternoon (Wednesday, 5 February) King Krule releases “Alone, Omen 3,” the second single from his forthcoming album ‘Man Alive!’. The track comes with a video directed by Archy Marshall’s close friend Jocelyn Anquetil and was co-written by the artist and director. 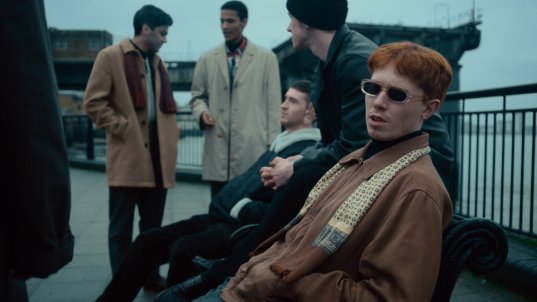 Featuring Archy surrounded by his friends, band mates, and collaborators, the video backs up the message that “you’re not alone.” Archy explains: “I felt like I had gotten out of a dark place, and I was on a high. I appreciated the depression… but I also liked how I felt better in the here and now.” On Monday, February 10, NYC’s Metrograph Cinema is hosting “An Evening With King Krule”, a special marathon screening event with video selections from King Krule and his collaborators, as well as two films that have inspired him: Maya Deren’s experimental “Meshes of the Afternoon” and the landmark French animation “Fantastic Planet”. Tickets are available here. King Krule’s third album ‘Man Alive!’ is out February 21st via True Panther / Matador Records. Catch him on tour across North America in April (dates below)