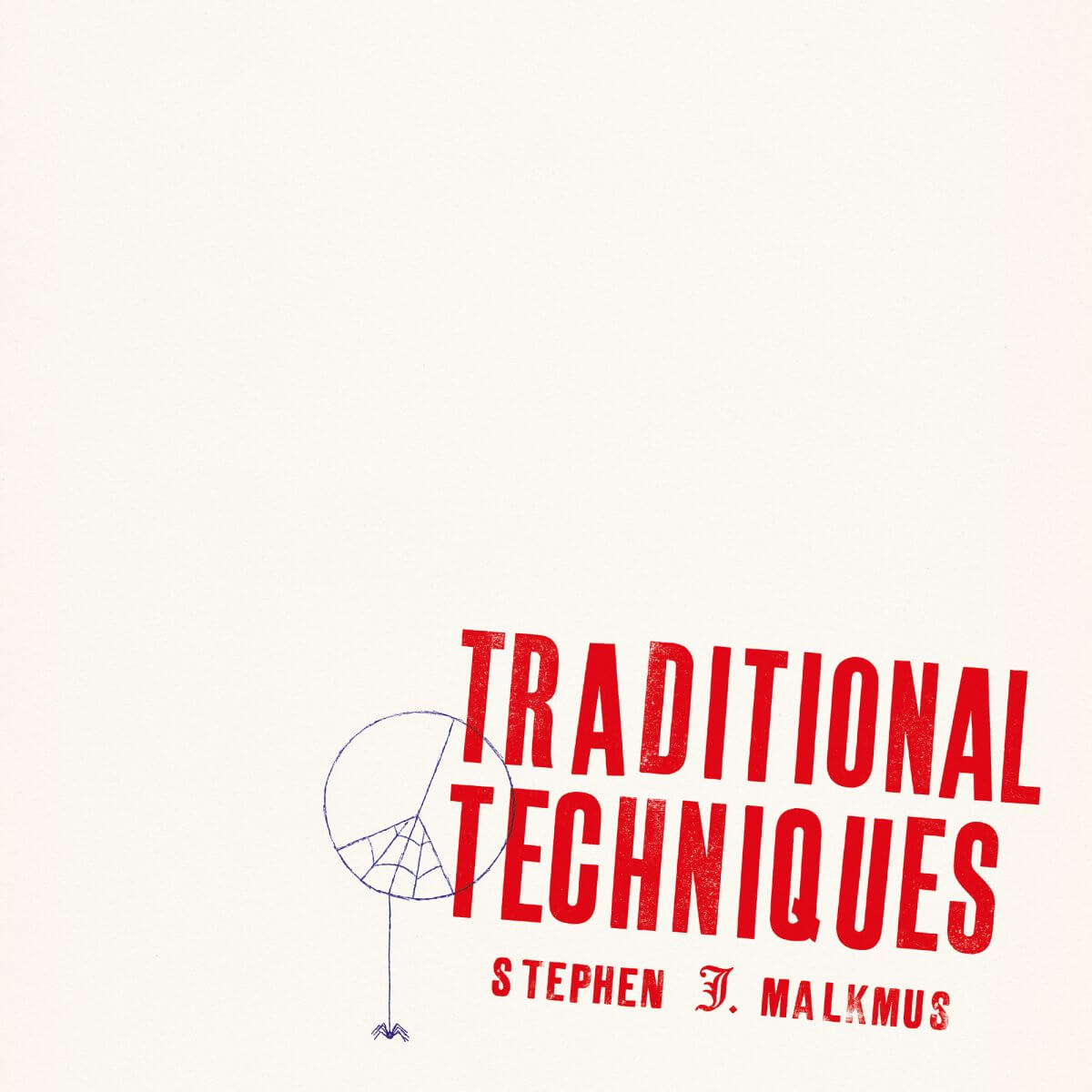 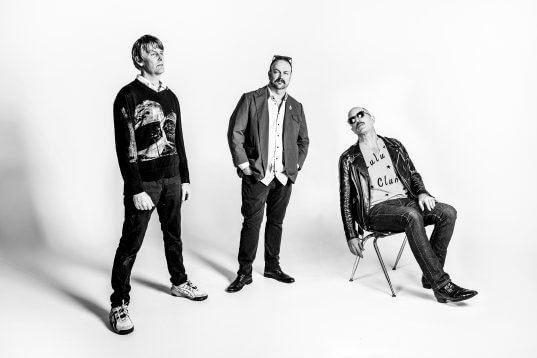 Stephen Malkmus has announced his new album, Traditional Techniques, out March 6th via Matador, lead single “Xian Man,” and a North American tour. Traditional Techniques, Malkmus’ third solo LP without the Jicks (or Pavement), is new phase folk music for new phase folks, with Malkmus as attuned as ever to the rhythms of the ever-evolving lingual slipstream. It’s packed with handmade arrangements, modern folklore, and 10 songs written and performed in his singular voice. An adventurous new album in an instantly familiar mode, Traditional Techniques creates a serendipitous trilogy with the loose fuzz of the Jicks’ Sparkle Hard (2018) and the solo bedroom experiments of Groove Denied (2019). Taken together, these three very different full-lengths in three years highlight an ever-curious songwriter committed to finding untouched territory. 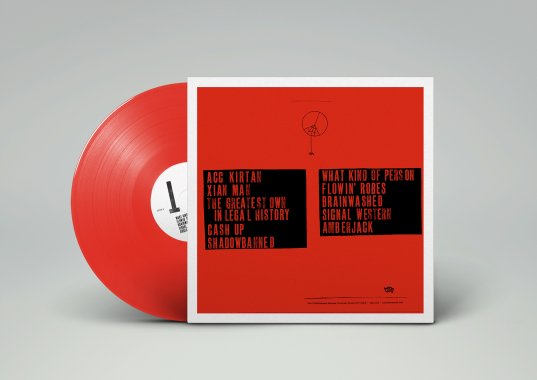 Traditional Techniques will be available in a standard CD/black LP format, and as a red vinyl stamp-numbered edition limited to 500 with risographed red, white, and black alternate cover. Malkmus will embark on a North American tour this spring with an entirely new band (more shows will be announced in the weeks to come). The Traditional Techniques live band is Malkmus (vocals, guitar), Funk (pedal steel, keys), Sweeney (guitar), Brad Truax (bass), and Jake Morris (drums), joined at times by Qais Essar (rabab) and Eric Zang (kaval, udu, daf). A full list of dates can be found below and tickets are on sale Friday, January 24th at 10am local time.

Is that a goddamn bouzouki? you may ask. A pedal steel guitar? What kind of Stephen Malkmus album is this, anyway?

It’s called folk music, and it’s taking the country by storm. Stephen Malkmus is only the latest popular artist to apply this old new approach to their rock and roll sounds.

Take the name Traditional Techniques with as much salt as you’d like or dig the Adorno reference, Malkmus’s third solo LP without the Jicks (or Pavement) is as organic as they come. It’s packed with handmade arrangements, modern folklore, and 10 songs written and performed in Malkmus’s singular voice. An adventurous new album in an instantly familiar mode, Traditional Techniques creates a serendipitous trilogy with the loose fuzz of the Jicks’ Sparkle Hard (Matador, 2018) and the solo bedroom experiments of Groove Denied (Matador, 2019). Taken together, these three very different full-lengths in three years highlight an ever-curious songwriter committed to finding untouched territory. Perhaps some of these “folk” musicians could take a lesson or two.

Created in the spontaneous west coast style adopted so infectiously by young American musicians in this time of global turmoil, Malkmus took on Traditional Techniques as a kind of self-dare. Conceived while recording Sparkle Hard with the Jicks at Portland’s Halfling Studio, Malkmus had observed the variety of acoustic instruments available for use. The idea escalated within a matter of weeks into a full set of songs and shortly thereafter into a realized and fully committed album. When he returned to Halfling, Malkmus drew from a whole new musical palette–including a variety of Afghani instruments–to support an ache both quizzical and contemporary. Stephen Malkmus isn’t one of those “hung up” musicians one reads about so frequently these days, sequestered in a jungle room of the heart. The jukebox in Malkmus’s private grotto remains fully updated. Not only is the artist present, but he’s on Twitter.

Traditional Techniques is new phase folk music for new phase folks, with Malkmus as attuned as ever to the rhythms of the ever-evolving lingual slipstream. Instead of roses, briars, and long black veils, prepare for owns, cracked emojis, and shadowbans. Centered around the songwriter’s 12-string acoustic guitar, and informed by a half-century of folk-rock reference points, Traditional Techniques is the product of Malkmus and Halfling engineer/arranger-in-residence Chris Funk (The Decemberists). Playing guitar is friend-to-all-heads Matt Sweeney (Bonnie “Prince” Billy, Chavez, and too many other to count), who’d previously crossed paths with Malkmus on the opposite end of the longhairs’ map of the world, most lately gnarling out together back east in the jam conglomerate Endless Boogie.

But, buyer beware, no matter how these recordings might be tagged by your nearest algorithm, the expansive and thrilling folk-rock sounds of Traditional Techniques aren’t SM Unplugged. One might even question his commitment to acoustic instruments, but we’ll leave that for somebody else’s hot take. All we’re saying is watch your head. Because alongside all that gorgeous folk music (“The Greatest Own in Legal History,” “Cash Up”), there are also occasional bursts of flute-laced swagger (“Shadowbanned”), straight-up commune rock (“Xian Man”), and mind-bending fuzz in places you least expect it (“Brainwashed”).

It’s hard to call Traditional Techniques “long awaited,” because Stephen Malkmus just put out an album last year, but it’s also exactly that. While he may have taken his sweet time in jumping on the folk music boom, surely there are those among us who have fantasized about how lovely it might sound if SM would just get with the times. And it sounds like all that and beyond. Set a day or two aside to transcribe the lyrics like the Dylanlogists of yore (though please keep your garbology to yourself) and vibe on the shape of folk to come with Stephen Malkmus.