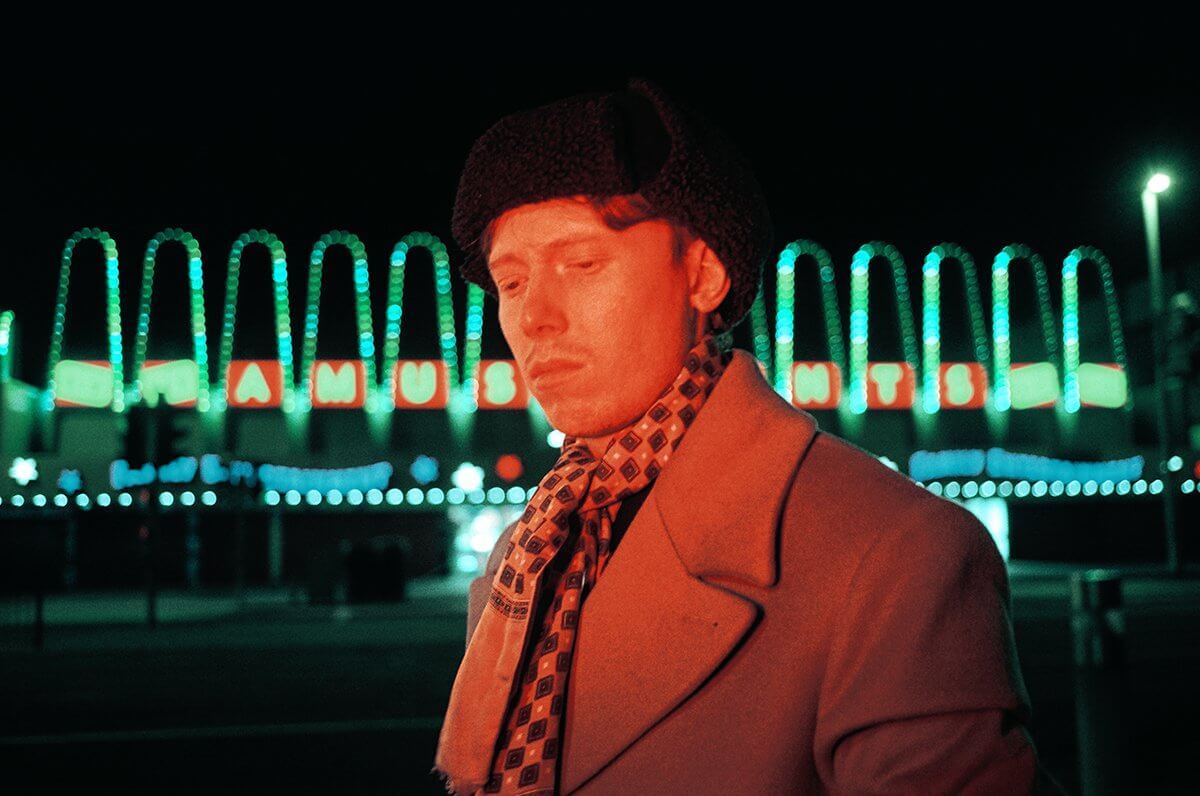 Following last year’s Hey World! video in which Archy Marshall performed acoustic versions of four new songs, King Krule has announced his third studio album titled Man Alive! will be released on February 21, 2020 via Matador/True Panther. Alongside the announcement King Krule has shared his first ever self-directed music video along with the new track “(Don’t Let The Dragon) Draag On.”

Man Alive! will be available on standard vinyl, CD, and as a North American webstore exclusive on limited white vinyl with a bonus flexi disc featuring the Hey World! version of “Perfecto Miserable,” while supplies last. An exclusive red vinyl edition will be available at independent record stores as well. 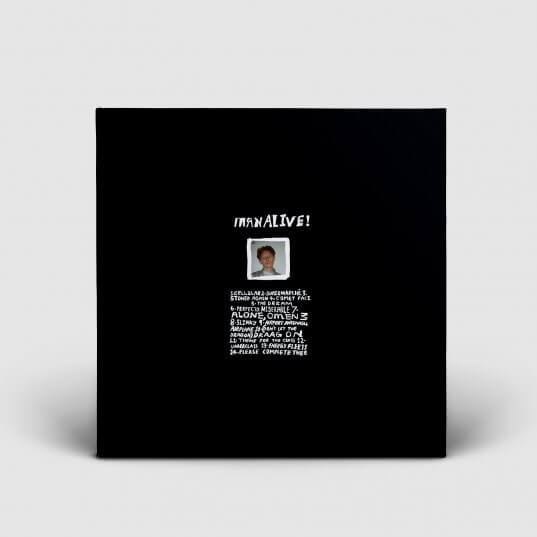 Archy Marshall’s longstanding love of cinema seeps out in his first foray into directing, with a video for “(Don’t Let The Dragon) Draag On” that pulls influences from Carl Theodor Dreyer’s classic The Passion Of Joan Of Arc while still creating a typically wry King Krule visual.

King Krule will tour in support of the new album throughout Europe and North America this Spring. Tickets for all dates below are on sale now.

Archy Ivan Marshall has the world at his feet. After two feverishly received albums as King Krule, plus another low-key outing under his own name, this extraordinarily gifted 25-year-old from Peckham in South London adds further depth and substance to his oeuvre with another wondrous long-player called ‘Man Alive!’. It arrives packed full of his trademark sonic ambition and compositional skill, as well as the now-familiar corrosive lyricism and lurid social observation. Marshall has emerged as a pack leader amongst his peers, leading the charge in a fearless blurring of genre divisions, one minute seeming to drag the listener through the trashiest punk experience, the next ushering in a soundworld that’s apparently hi-tech and forward-looking.

Like any great artist on the rise, Archy’s life is moving fast. There’s a lot to catch up on, after 2017’s sprawling masterpiece, ‘The Ooz’, broke through amid Mercury Prize nominations and minds-blown media plaudits. Unlike that record, ‘Man Alive!’ doesn’t aim to present any kind of narrative thread, or Brexit-era state-of-the-nation address, just a collection of snapshots and stories, artfully sequenced into a dazzlingly coherent whole.

This third King Krule album was written as a direct reaction to the non-stop energy of touring ‘The Ooz’, and then partly recorded at Shrunken Heads in Marshall’s native stamping ground of Nunhead, with ‘Ooz’ co-producer Dilip Harris. Increasingly self-sufficient in the studio, he manned most of the instruments himself, except for the saxophone, which was played by his trusty Argentinian amigo, Ignacio Salvadores.

Midway through those sessions, however, Archy found out he was going to become a dad for the first time, and he decided to move up to the North West to be near the mother’s family, ready for the baby’s arrival.

“I should’ve had it all wrapped up before my daughter was born,” says Marshall today with a sheepish grin, during a return visit to his favourite public house in Nunhead, right across the street from Shrunken Heads. Impending parenthood came at a felicitous moment for him, as he was beginning to feel trapped in South London’s suburban lifestyle of all-eclipsing drunkenness and depression, which existing fans will know was a recurring theme in his earlier music.

“It was just the easiness of it,” he reflects today. “There really is nothing else to do here, especially when it turns to winter. Everyone I know has jobs, whereas I’d sit on my arse all day sometimes not doing anything, then I’d go to the pub with them when they finished work. It became a bit habitual. Then, right in the middle of the record, this big change came in my life that I didn’t really comprehend initially. It was like, ‘Oh, I’d better get my shit together!’ To be honest, I was really glad to get away from all that so I could focus on more pressing matters – like keeping a child alive and stuff.”

Tracks on ‘Man Alive!’ like ‘Stoned Again’, ‘Comet Face’ and ‘(Don’t Let The Dragon) Draag On’ soberingly document the final throes of Archy’s dissolute times, but once he had relocated, he cracked on with recording at Eve Studios in Stockport.

So, after his daughter, Marina, arrived on 14 March 2019, Marshall took a few weeks off, then returned to finish off his album. “I was still adding tracks until she was about six months old (i.e mid-September),” he says. Still, the songs are very much a document of pre-fatherhood, and the need for change, rather than the new life that ensued.

The new album’s title, he explains, “is an exclamation, about the times we live in. Like, ‘Fucking hell, man!’” He stole the title from a CD that his uncle gave him back in 2013 with some of his uncle’s own music on it, and originally planned to use it for his last album. “But ‘The Ooz’ really summed up that record,” he reasons, “just this splurge of everything I love – messy and with no direction. I thought, anyway, ‘Nah, I can’t steal it off him’, but now I’m like, ‘Fuck it, I’m gonna use it!’ I haven’t really spoken to him about it actually. I just liked the idea of it as an exclamation. It’s kind of like, ‘Oh shit!’, but I didn’t wanna call it that, I wanted it to be ‘Man Alive!’ – super-Americanized, like a saying from Adam West as Batman.”

This time, however, he says he felt a strong aversion towards politicizing any of his observations, so there’s little explanation, just the relaying of potent images, such as the fancy cars on ‘Stoned Again’ which signify the gentrification – or what he calls the ‘woo-woo’ – of Peckham, or the vile Brexit-era prejudice he overhears on ‘Supermarché.

“More and more,” he explains, “I’ve been put off by the intention of speaking about what’s going on in society as a black-and-white thing, or trying to get to the bottom of why we’re in this position. So the album is mostly made up of snapshots and observations. There are a lot of real-time-and-place moments, songs talking about walking through the park just over there and getting a head injury [don’t ask! – Ed.], then there are other tracks which are just simplicity, looking at one particular situation and reflecting on it as somehow being super-profound.”

Just as the lyrics are diverse in theme and purpose, so is the music: ‘Comet Face’ lopes along with irresistible unease like a wonky New Wave hit, and ‘Stoned Again’ packs all the inspired beatmongery of ’90s hip hop, while much of the record’s sparser second half recalls the lo-fi intimacy of Robert Wyatt’s ’80s solo work, or indeed the recordings of mass-murderer Charles Manson.

“I’ve been listening to a lot of weird stuff, I guess. There was some Argentinian music, some Brazilian Bossa Nova – I love the way they sing, how soft they are. I also listened to the radio, which I never did until recently. I don’t like it but I suppose it might influence me a bit.”

Archy laughs at mention of the word ‘lo-fi’, and gives a characteristically self-effacing insight into his unique methods of production: “Ever since I began, people have said, ‘You’re like a lo-fi artist, you do this bedroom thing,’ when really I was trying to make really hi-fi, top-of-the-range recordings – I just didn’t have the equipment! All the equipment I have could possibly make a hi-fi product, but I suppose what I do is start with something that’s basic, like a demo, then I coat things in effects and run things through amps and back out through tiny speakers. I end up making it sound like it’s coming out of a fucking telephone in the end! One time I remember feeling convinced I was making music like Flying Lotus, this super hi-fi hip-hop production, but actually when I listened back in the morning, it was more like Daniel Johnston, like it was recorded on a Dictaphone, and played on some old broken keyboard.”

But he was determined to fashion a more concise album this time: “There was a lot that didn’t make it onto this record, because it didn’t seem to fit with the shell of it. In the end it’s only 40 minutes, and I was quite happy about that because I didn’t go over the top, like I did with ‘The Ooz’ [running time: 67 minutes]. This one makes more sense if you listen in total, because you start quite fast-paced and aggressive, then it takes more of a back seat for the rest, and gets heart-warming towards the end. Happy endings!”

As the concluding ‘Please Complete Thee’ sails out on upliftingly twangsome slide guitar, you’d be forgiven for imagining that some of the more agonizing preceding numbers have served as a kind of therapy for their creator. “Oh yeah,” he freely admits, “once you’re able to discuss things and talk honestly, there is no better way than just shouting it out at a bunch of people. I was always empowered by lyricism and getting my aggression out in some way, or any kind of emotion. That has always been a process for me. This time I felt like I had gotten out of a dark place, and I was on a high. I appreciated the depression, and the low times I’d been through, but I also liked how I felt better in the here and now. So it was about reaching that new plateau.”

As he prepares for his latest campaign with ‘Man Alive!’, Archy says, “I feel better in life. I don’t drink or smoke when I’m in the North West, so I’m pretty clean. It’s made me kind of bored of what a lot of the album’s talking about! It’s hard to know where it’s going now I’ve done it, and what I’ll do next, because of my new-found role and responsibility in the world. It’ll be good to play live, I’m looking forward to that. The tour is coming up in March, so, yeah, I need to get onto that!” He laughs at his own lack of forward planning, then concludes with hard-won assurance. “I might get a pint in a bit, but I’ll still take it easy.”

Praise for his latest, deftly sculpted King Krule meisterwerk, though, is likely to be a good deal wilder.