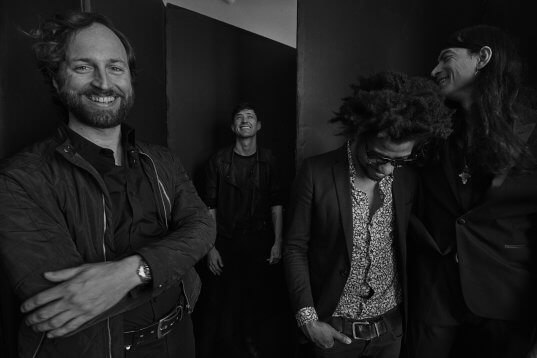 Today, Algiers release “Void”, the second track, from the forthcoming album ‘There Is No Year’ , following Tuesday’s premiere via the Adult Swim Singles Club.  The song is also available as a flexi-disc as part of the vinyl edition of ‘There Is No Year’, out January 17

To mark the release of ‘There Is No Year’, Algiers will perform in several U.S. record stores  including Atlanta’s Criminal Records, Philadelphia’s Repo and Brooklyn’s Rough Trade in mid January. See below and visit algierstheband.com/instoretour for further details. In February, the band will kick off a European tour, returning stateside in March. 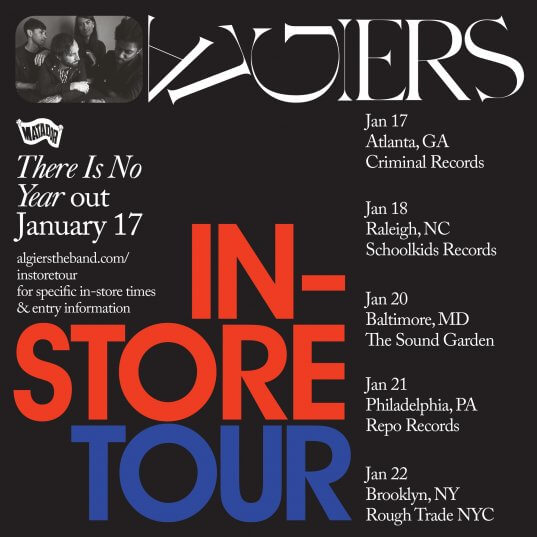