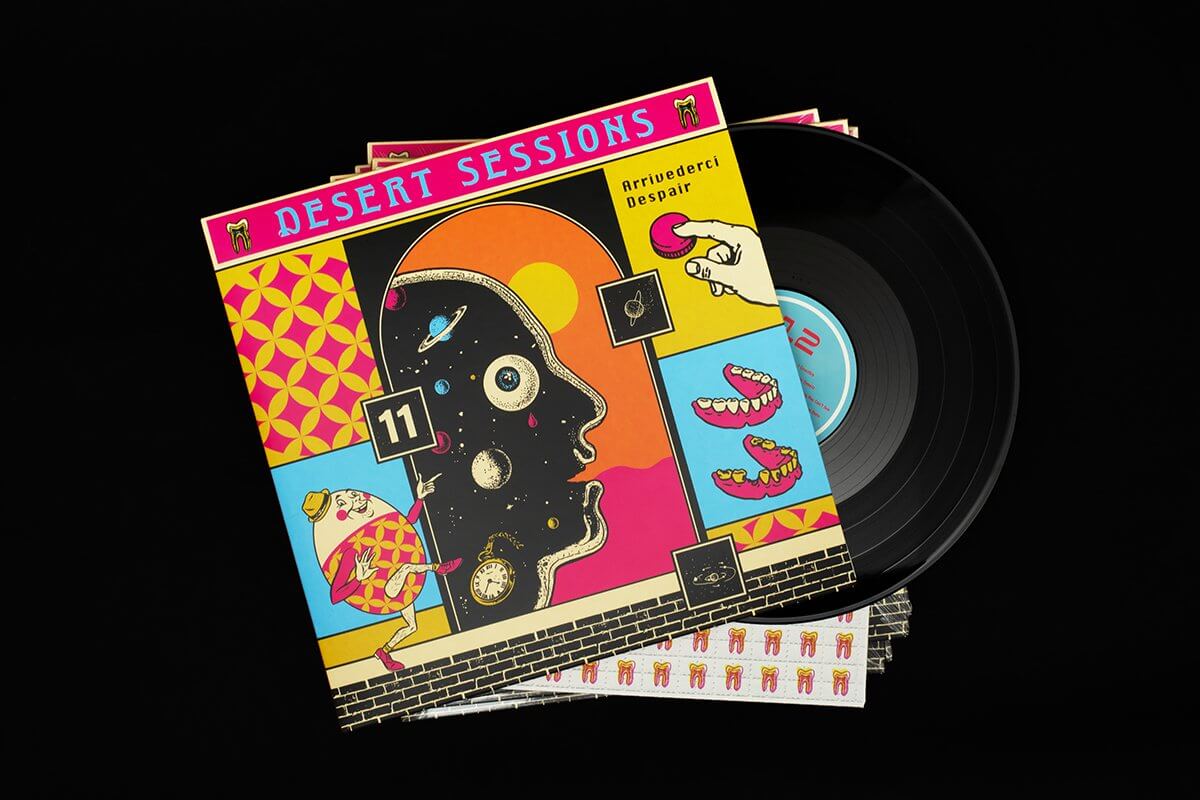 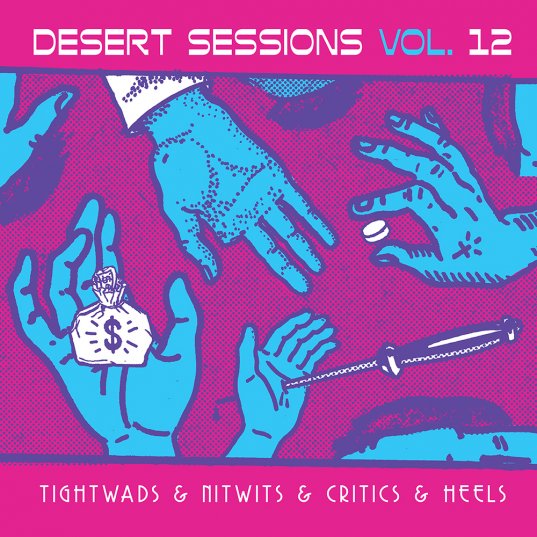 Ending a 16-year hiatus since its last installment, the most mythical, longest running rock n roll mixtape odyssey in existence, Desert Sessions has finally returned: The most ambitious entries yet in its expansive and elusive catalog: ‘Vols. 11 & 12′ (a/k/a respectively as ​’Arrivederci Despair​’ and ‘Tightwads & Nitwits & Critics & Heels​’) are now available on LP, CD and via all streaming services.

Highlights of the eight-song two-session collection include the creeping slowburn boogie of “Move Together” with its sublime Billy Gibbons (ZZ Top) vocal, the propulsive rocker “Crucifire” fueled by an incendiary vocal performance from Mike Kerr (Royal Blood), the self-explanatory “Chic Tweetz” featuring the enigmatic Töôrnst Hülpft, and the lush melodies of grand finale “Easier Said Than Done” featuring a showstopping vocal from ringleader Joshua Homme (Queens of the Stone Age).

‘Vols. 11 & 12’ were recorded (mostly) in December 2018 at Rancho De La Luna studios in Joshua Tree, CA, with Queens of the Stone Age founder and Desert Sessions ringleader/producer Joshua Homme enlisting a cast of players including:

The resulting eight songs embody the legacy of freedom from expectations and inhibitions that stretches back to 1997, when Homme led a first retreat to the Joshua Tree desert. What began as a casual writing and recording session amongst friends—isolated from daily distractions and comforts—has since become a possibly infinite body of work. Now spanning 12 volumes over the course of two decades (and a total of two documented live performances), The Desert Sessions has featured some of music’s most cherished icons—past players have included Polly Harvey, Mark Lanegan, Josh Freese, Dean Ween, among many others—deliberately removing themselves from their comfort zones and working together to create some of their most relaxed yet challenging work. 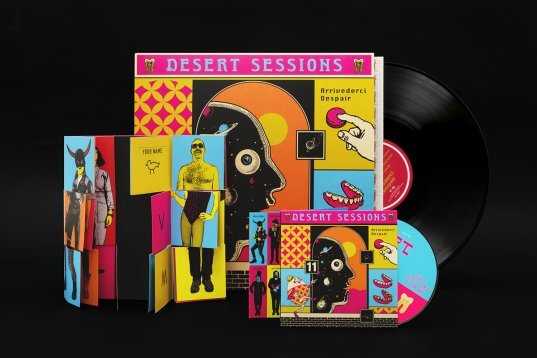