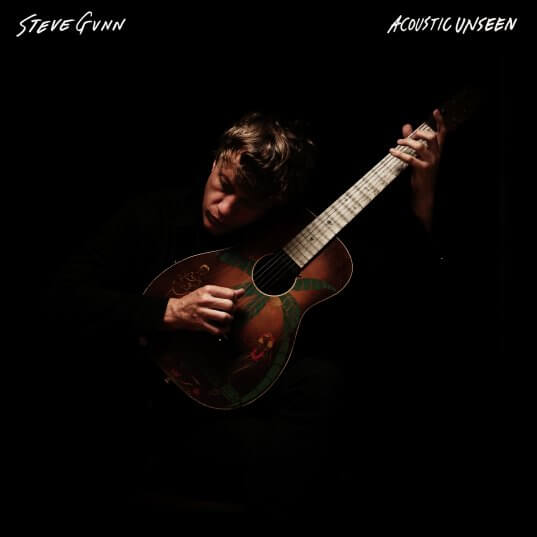 Steve Gunn today releases ‘Acoustic Unseen’, a new EP of acoustic versions of songs from his critically acclaimed, ‘The Unseen In Between’. Following a year of worldwide touring and road testing the songs with a full band and in solo performances, the 7-song collection presents a spellbinding perspective on this stately set – disclosing the songs’ rich individual elements in Gunn’s dexterous and lyrical guitar style.

“After being on the road with the band since January,” says Gunn, “I wanted to spend an afternoon capturing the songs from ‘The Unseen In Between’ as I originally wrote them, with just me and my acoustic. Mid-year, I went back to the great Strange Weather Studio in Brooklyn, and played through the songs in their most basic form. It felt good.”

Accompanying the EP release is short compilation film “Unseen Anthology”. Directed by The Mitcham Submarine and edited by James Harman, the 12-minute film weaves together footage from touring, live sessions, official and unofficial music videos – including a breathtaking session for Toutpartout in a transformed convent in Ghent, on the road footage captured on a Fisher Price camera by Steve and his band, and acoustic videos filmed across London, including a Cecil Court bookshop. Taken together, it’s an engrossing, one-stop-shop live document of an artist in need of little more than a guitar and his voice to conjure a transfixing atmosphere, and an arresting visual companion to the EP.

STREAM/BUY The Unseen In Between