stream/download “Can The Sub_Bass Speak” Inspired by a chance encounter with artists Moor Mother and Harrga at Wysing Polyphonic in 2018, “Can the Sub_Bass Speak?” contorts ALGIERS’ post-punk deconstruction of racial and class sonic politics into new collaborative directions. “Can the Sub_Bass Speak?” is the centerpiece of a larger web installation thereisnoyear
.
The film recalls the ‘visual abstraction’ and political radicalism of Lis Rhodes and John Akomfrah, situating Fisher’s lyrical examination of structural racism within the disorienting resurgence of fascism across Europe and the United States.

“Who has the cultural authority to designate origin and authenticity?  ’Can the Sub_Bass Speak?’ is a frustrated regurgitation; a re-contextualization; a re-appropriation; a shield and a mirror that projects back onto the world a lifetime of interpellating language rooted in weaponized ignorance and supremacist privilege.  The improvised punctuation is provided by Skerik on the tenor saxophone and D’Vonne Lewis on drums and percussion. The underlying cacophony traces the evolution of African-American music, experience and identity.  This is not for the mercenary architects: the Jacks and Queens of simulated experience. This is for anyone who has found themselves on the sharp end of insidious, rhetorical prying: ‘Where are you from?’ ‘What are you?’  This is for anyone who has had their identity assigned and determined by the agents of patriarchy. This is for the Subaltern.”

In addition, ALGIERS have announced UK & European headline tour dates for 2020, Kicking off in Brighton on February 3rd, the band headline London’s Village Underground on February 5th, before continuing to further stops in the UK and Europe. Tickets for the 2020 shows go on sale Friday, August 30th, at 10am. A full list of current and upcoming dates can be found below.

BUY/STREAM THE UNDERSIDE OF POWER 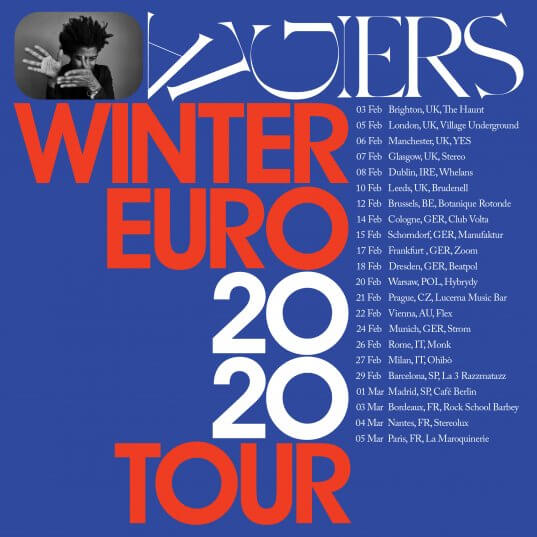 Algiers On Tour, New 2020 Dates in Bold On Sale Friday at 9am GMT