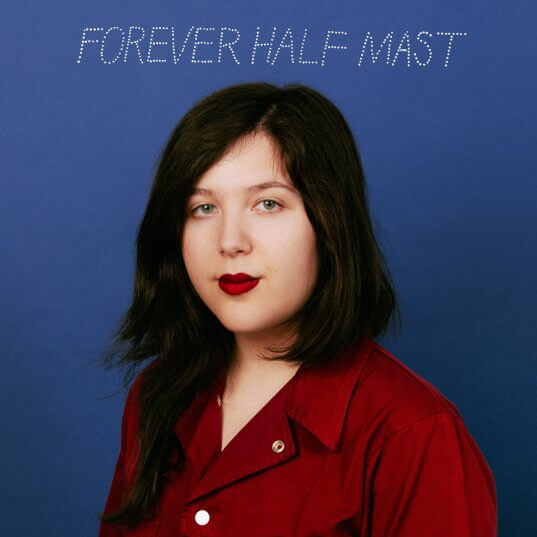 In honor of Independence Day, Lucy Dacus has released a new single titled “Forever Half Mast,” . The third installment of her 2019 holiday song series, “Forever Half Mast” follows her Valentine’s Day-inspired  “La Vie En Rose” cover and her ode to Mother’s Day and Taurus Season, an original song titled “My Mother & I.” Lucy’s ongoing 2019 singles series will also include tracks tied to Bruce Springsteen’s birthday, Halloween, Christmas, and New Year’s, with a physical EP coming in the fall.

In “Forever Half Mast,” the twang of a steel guitar compliments Lucy’s gentle strumming and lends a distinctly ‘American’ sound to the song — yet the lyrics convey an attitude towards her home country that is decidedly more ambivalent. Lucy drew inspiration for the song from her experiences touring in Europe, where she was starkly confronted by the complexities of her American identity, and by what it means to be a proud American in these trying times.

In Lucy’s words, “There is a daily dissonance one endures as an American wherein much of our joy is counterweighted by shame, where much of our pride lives in tandem with injustice and suffering. ‘Forever Half Mast’ is about confronting this unavoidable culpability as an American citizen and consumer.  Instead of allowing this guilt to paralyze us, we should try to let it influence us in positive ways.”