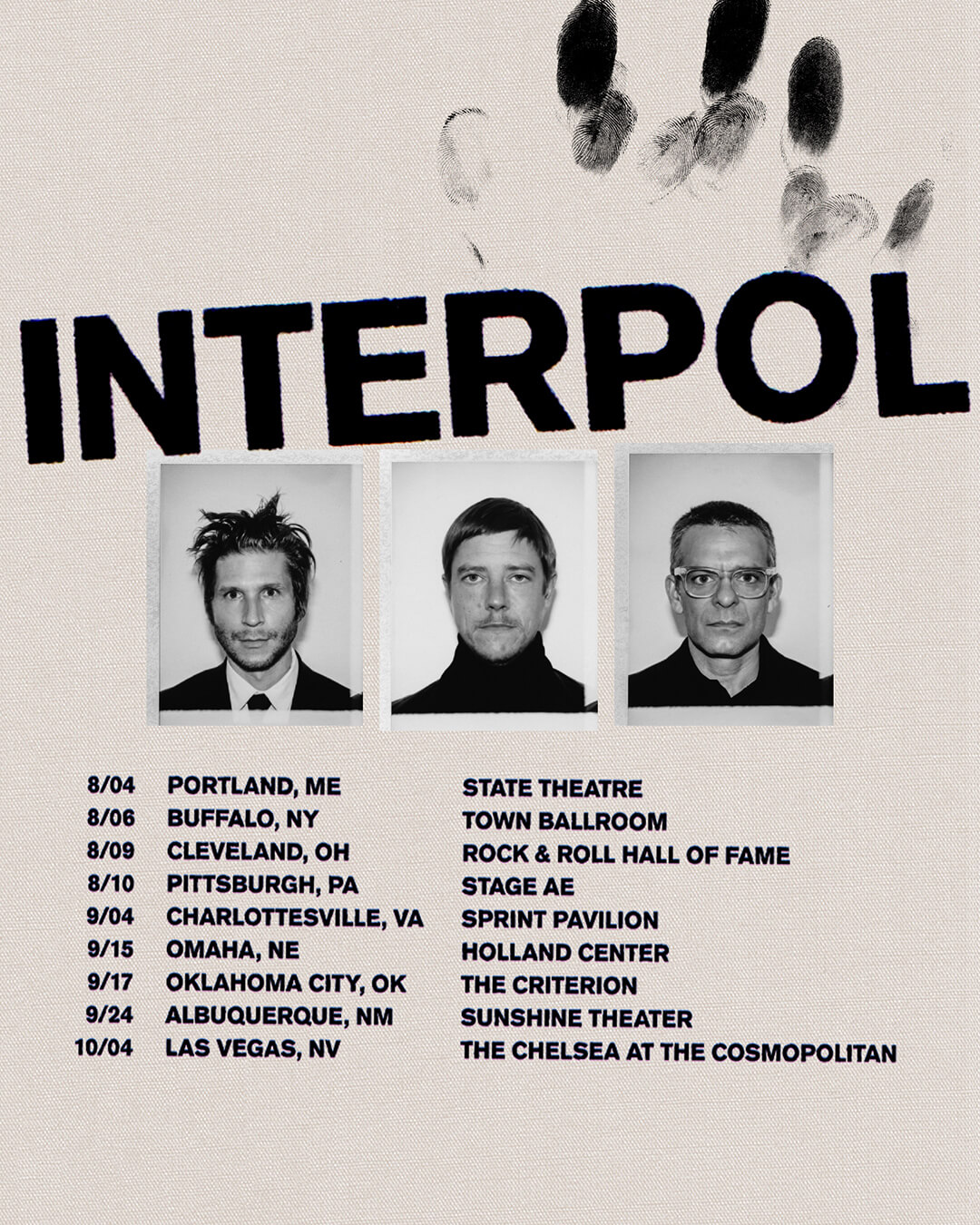 Earlier this month, Interpol announced they will join Morrissey on the road in North America surrounding the one-year anniversary of Marauder. Today, the band has extended their routing to include headlining dates in additional cities throughout The United States. General on sale for the newly announced shows is this Friday, April 26th at 10am local time.