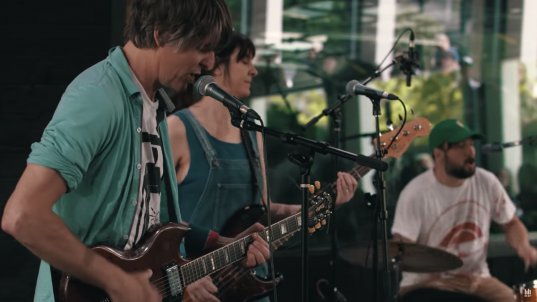 During the first leg of Stephen Malkmus & The Jicks’ Sparkle Hard tour, the group stopped off at KEXP’s Gathering Space in Seattle to play tracks off the new album. Those performances are online now, and The Jicks are back on the road too, performing tonight at Slim’s in San Francisco. Before their show, they’ll be live-streaming a session at Light Rail Studios at 6pm EST/3pm PST, which you can watch HERE.