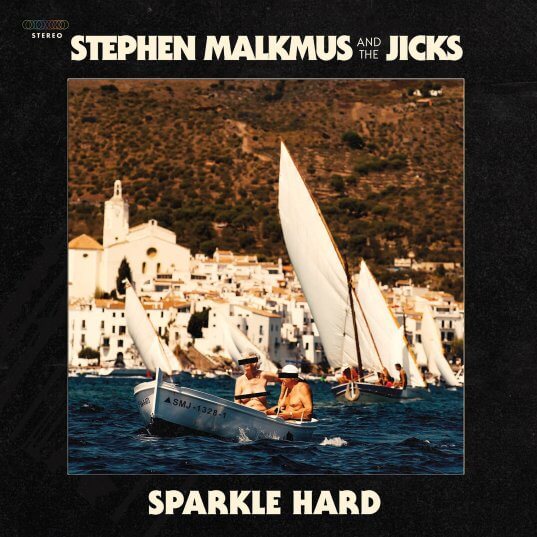 As a few of you sleuths (professional and otherwise) doubtlessly figured out from the earlier tour announcement and debut of “Middle America”,there’s a new album from Stephen Malkmus & The Jicks on the way May 18, and it’s called ‘Sparkle Hard’.  Produced by Chris Funk, the album’s prerelease track, “Shiggy” can heard today on all relevant / responsible streaming platforms.

Modesty and plain good manners might prevent them from saying so themselves, but the fact that Stephen Malkmus & The Jicks have thrived, rather than simply endured over 17 years and delivered six albums of buzzy, sub-cultural significance, constitutes an impressive legacy. The challenge with album number seven is one that any successful band with integrity faces: how to safeguard that legacy and hold on to their identity without rehashing old ground (unthinkable), and also say something meaningful while (crucially) having fun doing it?

Meeting that issue head on in the run up to The Jicks’ seventh record involved some “navel gazing”, according to singer, songwriter, and guitarist Malkmus and not only in terms of what it means to be releasing music in 2018. If, like him, you’re a voracious consumer of all kinds of culture and feel the need to interact with it, rather than just react, then inevitably “there’s a world that prompts you to put your best foot forward”. With Sparkle Hard Malkmus, Mike Clark (keyboards), Joanna Bolme (bass) and Jake Morris (drums) do exactly that. And they hit the ground running – on air treads.

It’s light ’n’ breezy, head-down heavy, audacious, melancholic and reflective, goodtime and bodacious, and it pulls off the smartest trick: it’s both unmistakeably The Jicks and – due to the streamlining of their trademark tics and turns, plus the introduction of some unexpected flourishes (Auto-Tune! A fiddle! Guest vocalist Kim Gordon! One seven-minute song with an acoustic folk intro!) – The Jicks refashioned. If 2014’s ‘Wig Out At Jag Bags’ balanced the lengthy prog workouts of ‘Pig Lib’ with ‘Mirror Traffic’’s sparky pop moments, then ‘Sparkle Hard’ bears less obvious direct relation to what’s come before. It also has turbocharged energy and enthusiasm by the truckload.

Malkmus started writing ‘Sparkle Hard’ in 2015. He’d upgraded his home-recording equipment and bought some electronic drums and had been working on the Netflix series ‘Flaked” (he penned the incidental music and the end theme song). Demos were done in one day in April of 2017 and then in May, The Jicks started recording at a new studio in Portland called Halfling, which is managed by multi-instrumentalist Chris Funk of The Decemberists, who produced the album.

Self-indulgent escapism has never been The Jicks’ bag, but on ‘Sparkle Hard’, the reality of modern life sits closer to the surface, communication cutting to the chase whether it’s a proto-punk grind or a back-porch country duet doing the talking. A cleaner burn for dark and complex times. – Sharon O’Connell 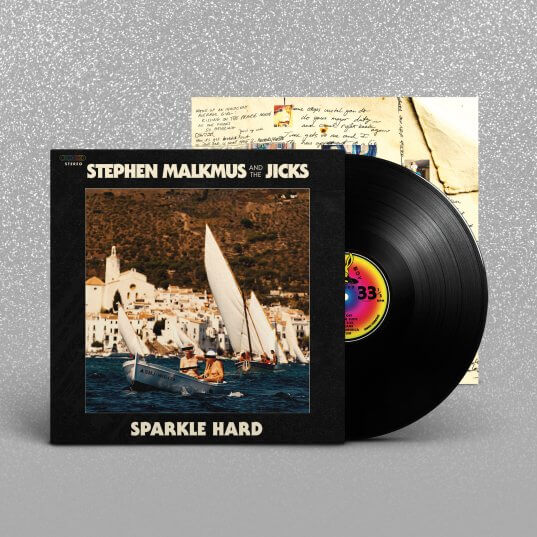 One thought on “Coming May 18 : Stephen Malkmus & The Jicks – ‘Sparkle Hard’”