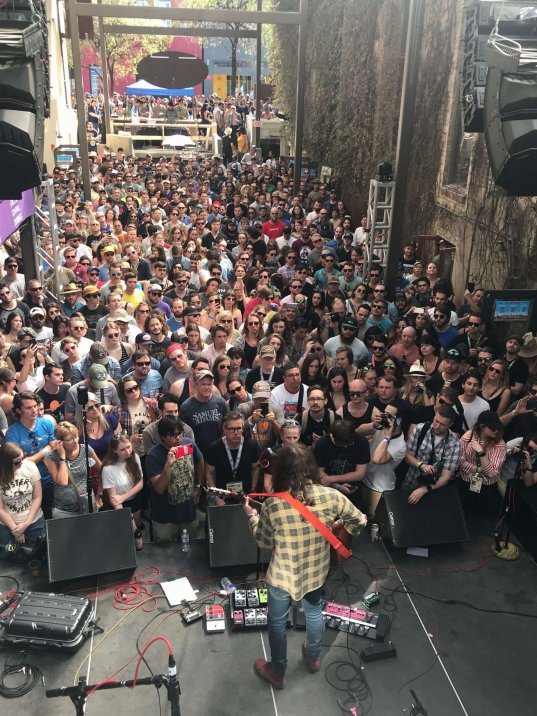 After performing across Austin TX last week, at Willie Nelson’s ranch in Spicewood, and at a few SXSW showcases, Kurt Vile has announced his first American shows with the Violators in over a year. The full Violators line-up, which includes Vile, Rob Laakso, Kyle Spence and Jesse Trbovich, will hit the road in June and July. Tickets are on sale this Friday March 23rd at 10am ET.

In case you missed it, watch the new documentary “Friends of Wonder,” which features Kurt Vile & Courtney Barnett at The Landmark Lowe’s Jersey City Theater during their Fall ’17 Lotta Sea Lice tour.