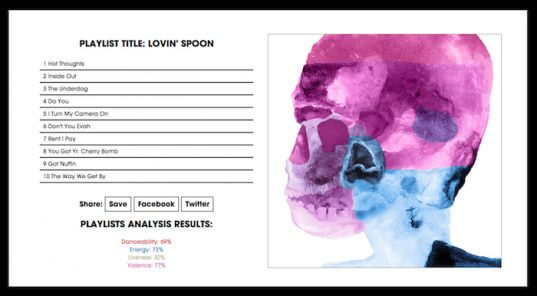 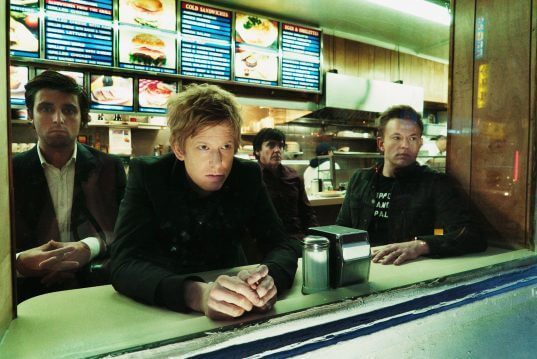 Coinciding with more new shows being announced (including a February 27 show at London’s historic 100 Club and massive co-headlining appearances with Belle and Sebastian at the Hollywood Bowl and Merriweather Post Pavillion), the advance campaign for Spoon’s forthcoming ‘Hot Thoughts’ album (out March 17) takes a turn for the unexpected with the launch of the ‘Hot Thoughts’ Aura Reader app.

Perhaps you’re saying to yourself, “doesn’t this sound a bit Peter Lemonmoodring?” and you’d be right. However, we’re sure you’ll find the experience far more rewarding. When you create a Spoon Spotify playlist, the Aura Reader analyzes that playlist, then creates a individualized version of the ‘Hot Thoughts’ album cover with different colors in the artwork’s signature watercolor skull, creating a reflection of each fan’s own… (SAFE FOR WORK) Hot Thoughts.

The customized ‘Hot Thoughts’ skulls can then be used by as avatars on Twitter, Instagram, and various other social media. Because we’re ALL ABOUT SKULLS .

Step 1: Log in to Spotify and make a playlist that describes yourself in 10 Spoon songs.

Step 2: Connect your Spotify account to the aura reader so we can analyze your playlist.