Perhaps it would be unfair to call this the most poorly kept secret in recent memory,  but it’s certainly in the top ten.  On March 17, we’ll releasing the 9th and latest album from Spoon, ‘Hot Thoughts’  in all territories.

’Hot Thoughts’’ is the bravest, most sonically inventive work of Spoon’s career. With all due respect to earlier efforts that have made the quintet both critically acclaimed and a commercial contender, preconceptions about this band are about to be obliterated. That’s not to say ‘Hot Thoughts’ doesn’t have a requisite supply of infectious earworms but there’s a lyrical bent that’s as carnal as it’s crafty, and a newfound sense of sonic exploration that results in the genre-smasher Spoon have flirted with in the past but not fully consummated.

Co-produced by Spoon and Dave Fridmann and reunited with Matador (third time’s the charm), with the crackling, incandescent, multi-dimensional backdrop conjured on ‘Hot Thoughts’, the lines between accessible and experimental become non-factors for once and all. It’s pop as high art, delivered with total confidence and focus.

Following a streak of three consecutive Top 10 albums—’Ga Ga Ga Ga Ga’ (Merge, 2007), ‘Transference’ (Merge, 2010) and ‘They Want My Soul’ (Loma Vista, 2014)–Hot ‘Thoughts’ is nothing short of a masterwork. Within the space of 10 songs, ‘Hot Thoughts’ creates a musical universe of its own, ranging from the kaleidoscopic opening/title track—available to stream here or as an instant download with all pre-orders –through the gargantuan stomp of “Do I Have To Talk You Into It” and ubiquitous wiry hooks of “Can I Sit Next To You” to the bittersweetness of “I Ain’t The One” and beyond.

Having recently previewed ‘Hot Thoughts’ material in a surprise hometown warm-up, Spoon has also confirmed a three-night release week SXSW residency for which the band will resurrect the original Austin venue Emo’s location, currently referred to as “The Main” on March 14, 15 and 16.  Spoon will select a unique line up each night and will stubbornly be referring to the venue as “Eno’s”.

Details on the various vinyl formats can be found below.

– Standard Edition: Black vinyl, available at all retailers as well as via Matador and Spoon’s webstore 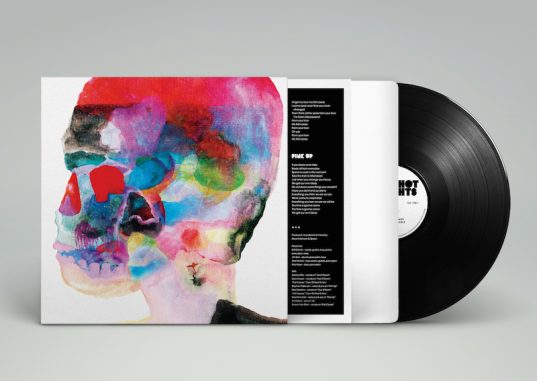 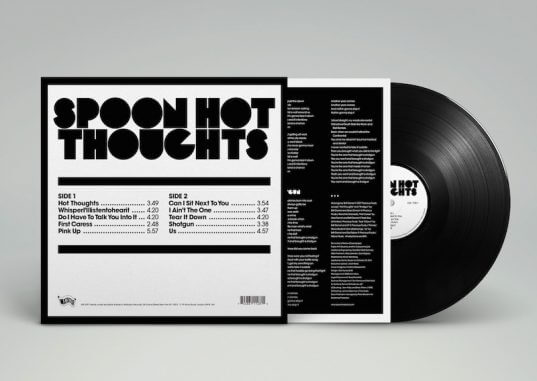 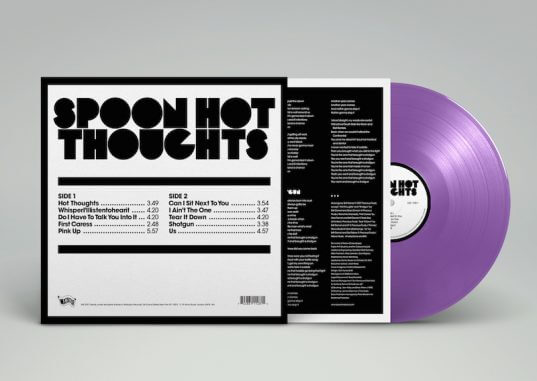 South By Southwest Residency at The Main a/k/a Eno’s: