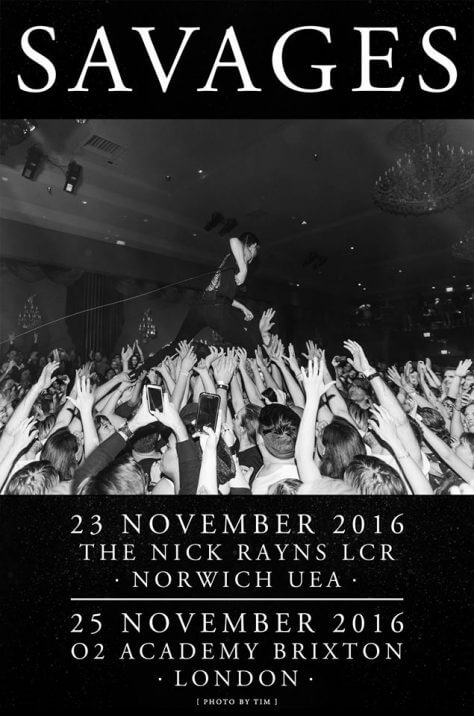 Photo by Burak Cingi for the Line Of Best Fit

After a victorious weekend playing at Reading and Leeds festival, Savages announce their biggest London show yet at the 02 Academy Brixton on 25th November, and another show at Norwich’s Nick Rayns venue on 23rd November, to celebrate an outstanding year following the release of their second album Adore Life in January, which is also nominated for this year’s Mercury Prize.

Tickets for these shows go on general sale this Friday 2nd September at 9am (BST). Link for the London show here, and for Norwich here.

You can order ‘ Adore Life’ from the following: