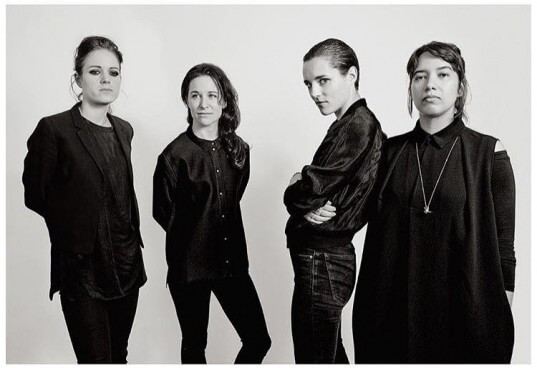 That’s right folks. As if they haven’t given you enough already, Savages will also bring to you two undoubtedly phenomenal line-ups for this year’s Sonic City Festival and Le Guess Who? Festival.

The first of these, Sonic City, will take place in Kortrijk in Belgium on 12th and 13th of November 2016. Last year saw the festival curated by the Canadian group formerly known as Viet Cong (now Preoccupations) which featured bands such as The Thurston Moore Band, Bo Ningen and Protomartyr, amongst others. Savages will no doubt bring another impressive line-up – which is yet to be announced. Early bird tickets have already sold out. More info below.

Le Guess Who? takes place in the quaint town of Utrecht in the Netherlands during the same weekend 10th – 13th November 2016. Savages are one of four curators for this festival alongside Wilco, Julia Holter and SUUNS. You can see the first announcement of artists in the poster below. More to be announced. Savages are currently on tour. All dates below.

order ‘ Adore Life’ from the following “