Earlier this morning, Stereogum premiered the latest video from HÆLOS’ forthcoming ‘Full Circle’ LP, “Separate Lives”, filmed during the band’s recent visit to the U.S. West Coast, and directed by HÆLOS’ Arthur Delaney (edited by Arthur and Lotti Benardout). WIth the March 18 release date for ‘Separate Lives’ looming, HÆLOS will be making no fewer than 11 appearances during the week of South By Southwest in Austin, TX ; while two of the shows in question are official SXSW events, the majority are free and very much open-to-the-public (full list below).

* – denotes an official SXSW event ; badges and wristbands most likely required for entry. 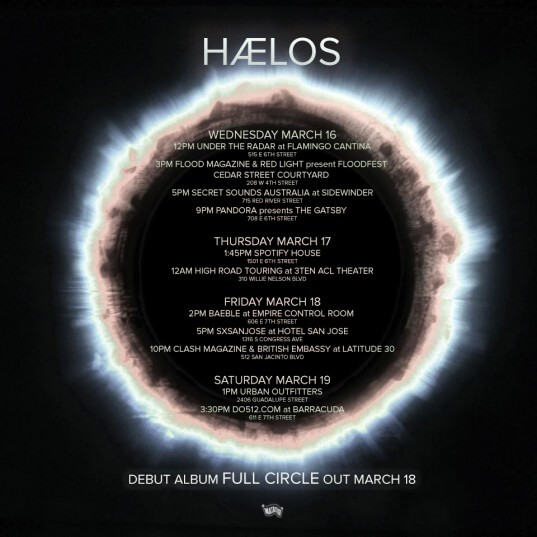