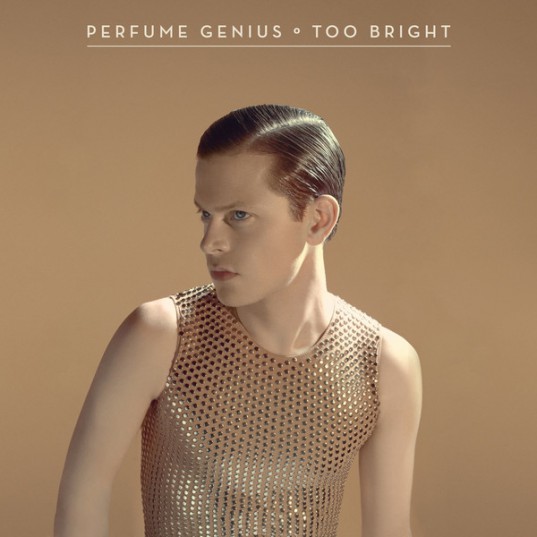 ‘Too Bright’, the 3rd album from Perfume Genius is out one week from tomorrow (September 23) and is streaming in full today via NPR First Listen. NPR’s Jacob Ganz, while suggesting the Adrian Utley / Ali Chant helmed-recording was “designed to overwhelm”, calls Mike Hadreas’ masterwork, “awe-inspiring”. Over at The New Yorker, Sasha Frere-Jones is equally effusive in his praise, opining that ‘Too Bright’ is “a profoundly beautiful record that remains intense throughout its brief, thirty-three-minute running time” (“one of the most encouraging albums of the moment, in its delivery of exuberant sounds by a spiky, unbiddable performer. It is outside most conceptions of pop, whether gay or straight; emotional heaviness isn’t an easy sell, no matter who you are. Hadreas is developing not by becoming easier to like but by becoming more fully himself. If it’s hard to take, the warning is right there in the title”). The New Yorker’s “Annals Of Sound” features Hadreas performing ‘Too Bright”s “I Decline”.