While Yo La Tengo continue their global touring in support of what’s likely to be considered one of 2013’s top albums, ‘Fade’, we’d like you to STOP WHATEVER YOU’RE DOING right this moment and focus intently on the album’s first song.

The second video from ‘Fade’, “Ohm” was written and directed by Donick Cary, with animation created by Sugarshack Animation, and was produced by Dejda Mishkovsky. Fans of “The Simpsons” might recall Cary’s writing credits from such episodes as “D’ohing In The Wind”, “Thirty Minutes Over Tokyo” and “The Last Temptation Of Krust”. Apparently they still give awards for music videos and after watching “Ohm” multiple times, I’m sure you’ll agree it’s a good thing the band invested in an extra large trophy cabinet.

(NOTE TO OUR FRIENDS IN GERMANY : if by some chance the YouTube version of the above clip is blocked, try here instead) 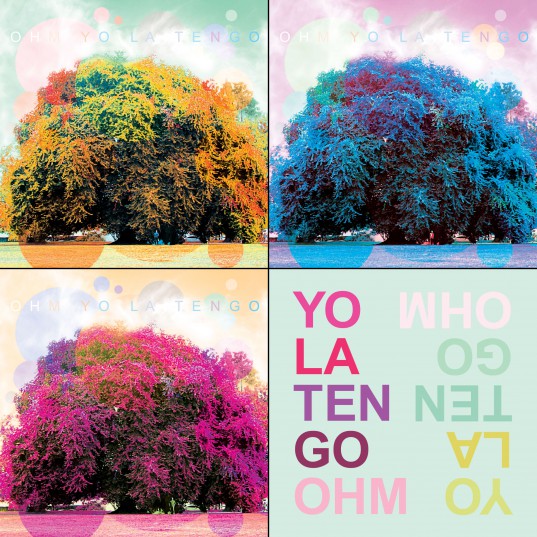 We’re releasing a limited edition triple 12″ set of multiple versions of “Ohm” ; 3 12″ singles with a printed flat in a 4-box poly shower curtain display case. There’s metal grommets in the curtain if you’d prefer to display it on your wall (or, if you’re especially nuts, in your shower).

All versions are unreleased except the original version. Each 12″ pack comes with a download coupon with all the tracks plus the radio edit of “Ohm”.

We’ll be selling the “Ohm” 12″ triple pack early at the Matador table during the CHIRP Record Fair at the Pitchfork Music Festival in Chicago’s Union Park, starting Friday afternoon, July 19. However, you can preorder The “Ohm” 3X12″ from The Matador Store today.. It’ll be in finer record stores on Tuesday, July 30.

Yo La Tengo’s schedule of live appearances can be found after the jump :