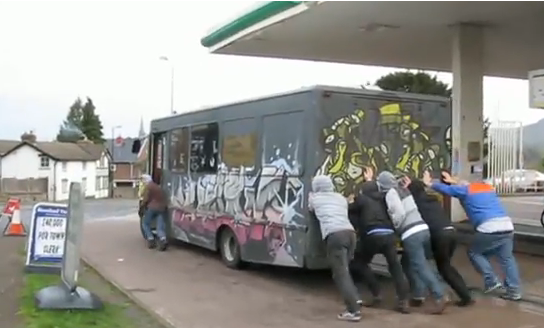 We’re pleased to report Fucked Up will be playing some additional summertime dates in support of their June 7 monster of an LP, David Comes To Life. New dates highlighted below.

Touring kicks off on June 16th with shows at NXNE (including an early show w/ Descendents & OFF!). And a reminder to those of you in the NYC area, the band play Terminal 5 a week from tomorrow (Thurs, June 23) supporting Dino Jr. See you there!

Fucked Up On Tour….

Watch the album trailer & listen to the 4 album singles at davidcomestolife.com

Purchase David Comes To Life at the Matador Store