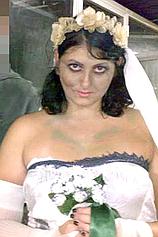 I’m sorry about the above headline but it scanned better (barely) than “Don’t Call Her Countess Grishnackh”. From 3news.co.nz (thanks to Mark Ohe for the link) :

Italian news reports say the singer of a heavy metal band and her brother stabbed the band’s guitarist dozens of times, apparently because he wasn’t playing well.

The Genoa-based newspaper Il Secolo XIX is reporting that the 19-year-old Soul Cry singer, Cristina Balzano, and her 16-year-old brother have been arrested on charges of attempted murder.

The newspaper is quoting the victim, identified only as A.D., as saying from hospital that he was attacked late Saturday after a rehearsal with the band “Soul Cry.” He said band members had been criticizing his playing but that he never expected to be physically hurt.

Not to make light of what sounds like a near-tragedy, but how many past or present bandmates of C.C. DeVille read the above item and nodded their heads in empathy?